Happy Anniversary from the City of Greenville

Back in June of 1998, I starting working on my first website. However, the birth of Giraffe Web (the name) began in 1999. It wasn’t until 2002 that I formally created the LLC that would become Giraffe Web Design Services, LLC.  Frankly, my logo was a clip art giraffe, as I had the Macromedia design suite that included Photoshop, but had no idea how to use it.

Around this time period, LLCs were still a relatively new concept. Another friend of mine suggested I look into setting up an LLC so I called the IRS and acquired a tax ID and filled out the paperwork that I sent to the South Carolina Secretary of State, and Giraffe Web Design Services became Giraffe Web Design Services, LLC.  I had already obtained a business license from the City of Greenville, but today I opened up the mail and 17 years later (not 15, but who’s counting?) I received the below. I am very grateful for the acknowledgement from the City (and the rebate check)! 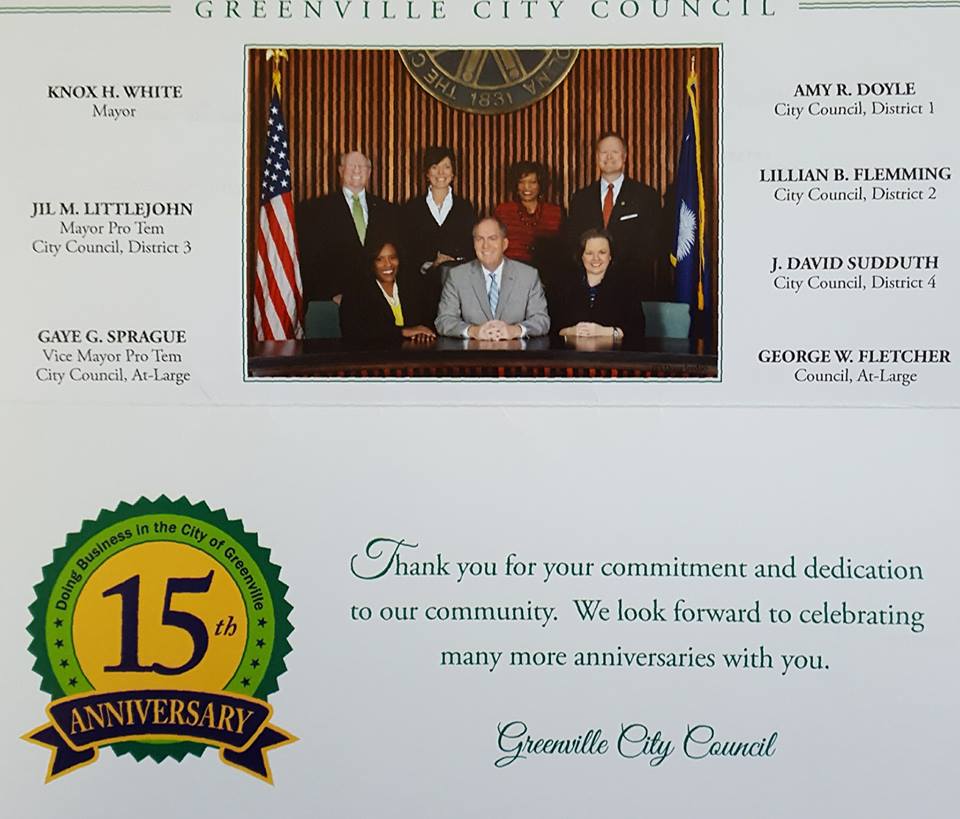 Happy Anniversary to Giraffe Web from the City of Greenville

Several years later, I asked my friend, Ted Durham, who at the time had his own graphic design firm, to design a giraffe that resembled my personality.  So, my new giraffe logo was born!

And, here we are today, actually 19 years after I worked on my first website! I am grateful to all the people – locally and online, who have helped to grow Giraffe Web and for pushing me personally to keep up with the times.  Every day is a learning experience in this business.

This entry was posted in Business Related. Bookmark the permalink.